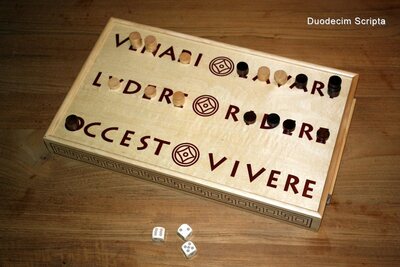 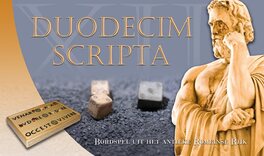 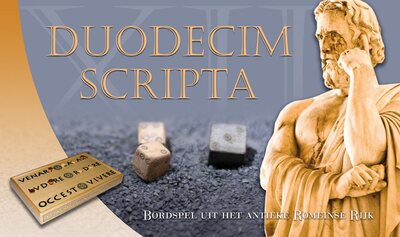 Ludus Duodecim Scriptorum, also known as Duodecim Scripta or the Game of Twelve Lines, is a Roman game. Boards and remains of the game have been found at dozens of ancient Roman sites across Europe.

Exactly how Duodecim Scripta was played is not known but various Game historians have investigated the possibilities and this version of the archetypal Roman game includes a sensible interpretation of possible rules that are based on the ancient game of Alea played in the first century AD.

Duodecim Scripta is a race game for two players. Instructions are in English, Dutch, French, German and Italian and the game played properly can take up to an hour or so to play. This product is in the form of a wooden box with a drawer for the pieces - 15 white discs, 15 brown discs, 3 Roman dice and the rules.