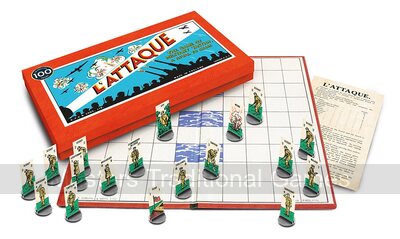 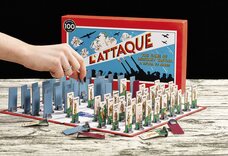 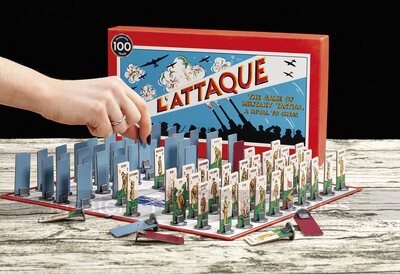 A classic game of military strategy, L'Attaque was originally marketed as the 'game to rival Chess'. Played on 9 x 10 square board, players take control of opposing armies (the French and English) and must try to capture their opponent's flag and seek out the enemy commander in chief.

This special 100th anniversary edition takes inspiration from previous versions of the game and the artwork and contents have been designed to mimic the 1940's edition. The original rules and updated quick-play rules are included.

Vintage copies of L'Attaque are featured in various historical museums, including the V&A in London. 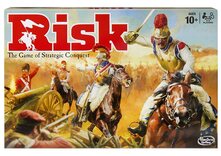