Masters Traditional Games is proud to be the leading Dal Negro Internet retailer for the UK - indeed we sell more Dal Negro products than any other outlet in Britain - due to our fair pricing and because we have the largest range of Dal Negro games available.

Dal Negro were initially most famous for their quality playing cards but these days Dal Negro are just as well known for being the world's leading manufacturer of high quality gaming boxes like Backgammon, Card boxes, Roulette, Poker Sets and Dominoes.

Masters Traditional Games has been working with Dal Negro since 2005 and today we are the leading Internet retail site for Dal Negro games products. It is a great match as both companies hold the same values of beautiful quality, excellent service and a love of beautiful games. 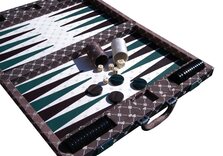 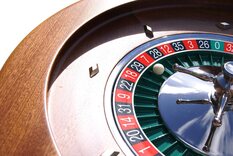 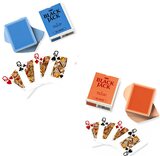 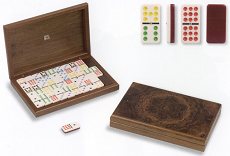 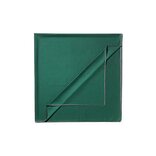 The History of Dal Negro

The origins of Dal Negro are in a small Austrian-owned company that started to produce playing cards in 1756. Located in Treviso, Italy they produced their cards for more than 170 years until in 1928. The Austrian Empire has been defeated in World War I and had owned the old playing cards factory. It was given to the current Dal Negro family to repay a business debt owed to them by the Austrians since before the war.

Dal Negro grasped the opportunity and using new technological techniques and improvements in manufacturing process and efficiencies gradually became the renowned world leader in the production of quality and regional playing cards. They also started to produce gaming boxes, Backgammon sets and other items with the same high quality and attention to detail.

The improved technical processes and swift business grown soon caused Dal Negro to look for larger premises, and the company moved from its original factory in Piazza Tommasini to a location in Viale F.lli Bandiera, Treviso in the North East of Italy. Shortly afterwards the main plant was moved to Via Brigata Marche.

As part of its growth strategy, Dal Negro moved into its new headquarters located in Piazza Cavarzerani at Carbonera di Treviso in June 2002. Dal Negro purchased rights to the NTP brand in 2004 and in 2003 they bought Masenghini, a historical playing card company born in 1878. Dal Negro is still a genuine family-run company - the current owner and CEO is Franco Dal Negro.

Dal Negro is located in a region called The Veneto, a plain that stretches from the Venice coast towards the mountains. Treviso is a small pleasant medieval city with the city walls still in existence. The Dal Negro factory is at an industrial park a few miles north of Treviso.

At their main Dal Negro production plant, manufacturing is carried out with high-tech machinery in an enviroment that conforms to stringent energy saving regulations and better than standard health and safety protection. While being an extremely modern, environmentally friendly and well-run factory, there is still an aura of history and of artisanship and craft ever-present in the background.

Dal Negro operates with over 60 employees in premises that cover 15,000 square metres. It also makes use of some ten external workshops, and has over forty sales agents operating in Italy and abroad. Company sales are currently around 15 million Euro.

Playing cards are still the main business of the Dal Negro for traditional markets and casinos. Chess, chess boards, backgammon sets, roulettes, mats and toys for boys are also now a major business and Dal Negro also licence Walt Disney games and act as a distributor.