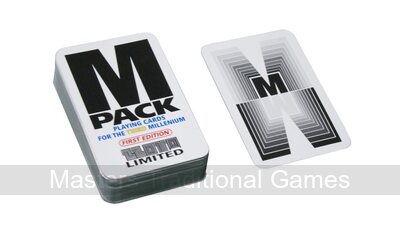 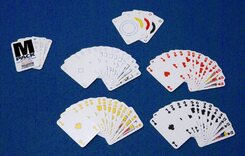 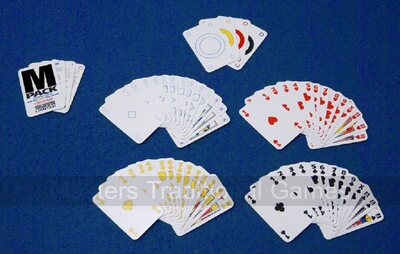 M Pack playing cards explore the ways in which the design of the English / international card pack - which has been developing for over 5 centuries - may continue to develop over the next 5 centuries.

When cards were introduced to England in the 15th century, most known countries were headed by a Monarch. Today, this is no longer true. In the M Pack, the personnel of the four Suits have been replaced by their modern stereotypes:

The deck also features modern interpretations of the Joker, Ace and 10 cards.

These are functional, narrow-width cards that can be used to play a wide variety of card games. They also make a fine collection piece for any card enthusiast. 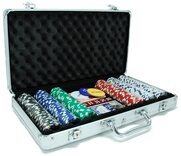