Gloomhaven is a cooperative game of tactical combat set in a unique, evolving fantasy world. A true modern classic, the game has won numerous awards and is very highly rated. As well as the original game, we have the more accessible Jaws of the Lion edition, aimed at a more casual audience that gets players into the gameplay more quickly and easily.

Gloomhaven: Jaws of the Lion 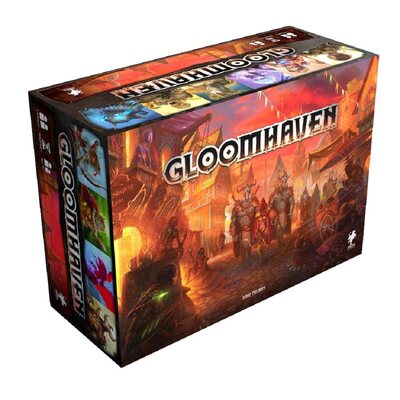 Gloomhaven is a cooperative game of tactical combat in a unique, evolving fantasy world. Each player will assume the role of a hardened mercenary and together they will fight through a campaign of scenarios that reacts and changes based on the players' actions, decisions and success.

Each of the 95 scenarios offers players deep tactical decisions and in-depth, involved gameplay full of strategic planning. Combat features heavily and the game offers stream-lined tactical fighting without dice against fully automated enemies, each with their own unique abilities.

In Gloomhaven, players will find a fully realised fantasy campaign experience of unparalleled scope and depth.

Gloomhaven is a complex game for serious gamers and watching a instructional video is highly recommended before play. But, once learnt, the game offers huge amounts of thoroughly rewarding gameplay, as there are 95 scenarios to play through with 17 playable classes to try and 47 different enemy types.


Gloomhaven: Jaws of the Lion 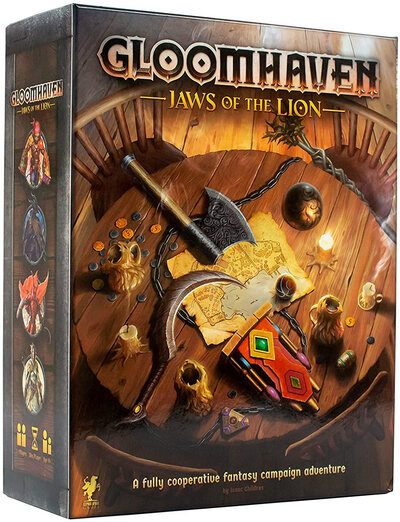 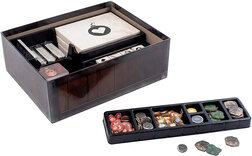 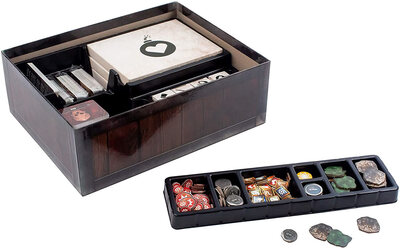 Gloomhaven: Jaws of the Lion

Gloomhaven: Jaws of the Lion is a fully stand alone and cooperative campaign game of tactical combat set in the same unique fantasy world as its predecessor. Players assume the roles of 4 new hardened mercenaries and work together to fight through a prequel campaign full of choices, challenges, and twists. New built in tutorials, learn-to-play guide, and play-surface scenario books allow players to jump into the action more quickly and easily than ever before.

Hereos are invited to investigate mysterious disappearances within the city. Is it the work of Vermlings, or is something far more sinister going on?

Gloomhaven: Jaws of the Lion is aimed at a more casual audience to get people into the gameplay more quickly. All of the hard-to-organize cardboard map tiles have been removed, and instead players will play on the scenario book itself, which features new artwork unique to each scenario.

The last barrier to entry - i.e., learning the game - has also been lowered through a simplified rule set and a five-scenario tutorial that will ease new players into the experience.