Games Around the World

Games Around the World

Many people tend to assume that the ubiquitous games played in their own country are popular throughout the world, but this is not necessarily the case. In fact, games differ from country to country as much as cuisine. In this article we'll take a look a selection of hugely popular (and thoroughly recommended) games from around the world – a few of which you may not be familiar with.

India, with its rich gaming history laying claim to the ancient origins of both Chess and Snakes and Ladders, seems like the perfect place to start. The gaming tradition is still well and truly alive throughout the country and there are plenty of examples of traditional Indian games that are still played regularly today, such as Carrom and Pachisi (and let's not forget Bagh-Chal from neighbouring Nepal either). Carrom is a superb table-top disc-flicking game that's played throughout India and much of Asia. Played on a large square wooden board with 4 corner pockets, players compete to pocket their coloured discs using the larger striker coin like a cue ball in Pool to move their pieces. It's a game of real skill for 2 or 4 players and well worth a closer look, particularly for fans of other disc flicking games such as Crokinole (more on that later).

Known as the 'national game of India', Pachisi is perhaps the most well known example of a 'cross and circle' race game, variations of which appear all over the world. Traditionally played on a cloth board with cowrie shells used as dice, evidence suggests the game dates back as far as the 4th Century AD. The game and it's numerous incarnations, such as Chaupar and (in the West) Ludo are still much loved and popular today. In neighbouring Nepal, a fascinating game of unequal sides takes centre stage. Bagh-Chal (also known as Tigers and Goats), the national game of Nepal, is a very strategic 2 player board game played with 20 'goat' pieces and 4 'tigers'. The player taking the role of the 'goats' must try to avoid capture and fight off the 'tigers' by hemming them in. To make things fair, a game usually consists of 2 rounds so both players assume each role. Similar games are also played in Southern India and Sri Lanka. 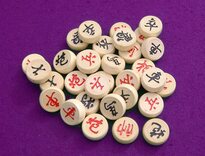 Like India, China also has a fascinating gaming history. Most people in the West have heard of Mahjong – a 4 player tile based game – and most have certainly played Dominoes – originating in China around 1120 AD, but less well known are Wei Qi (Go) and Xianqi (Chinese Chess). Xiangqi (Chinese Chess) is thought to be the most popular board game in the world (based on the number of players, not the global reach). Played by millions of Chinese people every day, it's origins – like the whole Chess family – are lost in the mists of time. It's a very interesting game with numerous rules that may come as a pleasant surprise to those only familiar with modern European Chess. For example, the concept of stalemate does not exist – If a player cannot move, they lose. Xianqi is an excellent Chess variant and recommended for any Chess enthusiast. 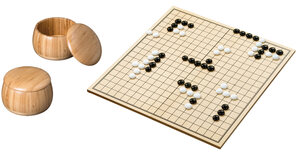 Wei Qi or Go is one of the oldest games that's still played today. The origins are debatable, but it is known to be over 2000 years old with Chinese history attributing the game to Emperor Shun (2255 – 2206 BC). It is still hugely popular throughout China, Japan and Korea and widely considered to be the worlds greatest strategic skill game. Recently, it has gained increased press coverage and popularity in the West following the development of AlphaGo – the first computer program to beat a human professional player. The documentary AlphaGo about this match up is definitely worth watching! But AI and documentaries aside, Go is a fantastic game with an unrivalled aesthetic flair. Like all the best games, it's simple to learn but requires deep strategic thought and takes a lifetime (or more) to master.

Countries in the West have plenty of traditional games pedigree too. Holland, for example, has Dutch Shuffleboard or Sjoelen, a fantastic table game played on a 2 metre long wooden board called a Sjoelbak. In the game, players have 30 wooden discs to slide up the board, attempting to get them in the 4 scoring zones at the opposite end. Very popular in Holland and Belgium, the game is also played in Germany. The game most likely came about in the late 19th Century and, like most games involving shoving discs, links back to Shovelboard, popular with the English upper classes during the Tudor times.

Now onto the aforementioned Crokinole. Believed to have originated in Canada sometime during the 19th Century, Crokinole is another disc based table game that remains very popular throughout Canada and North America today. Played on a large circular or octagonal (with circular playing surface) board, players take turns to flick discs across the polished surface with points scored for where they land. Making things difficult is the rule that you must strike one of your opponent's discs on each go. It's simple yet skilful and lots of fun for 2 or 4 players. And of course we can't forget England, with its rich history of pub games, many of which are still played today. Skittles is perhaps the best example, but there's also Toad in the Hole – played exclusively in the county of East Sussex – and Aunt Sally – played throughout Oxfordshire. However, we'll save the history of English Pub Games for another time...

Top of page - Games Around the World