The Rules of Crokinole

The Rules of Crokinole

Crokinole is a disk flicking game that was probably invented in Canada before 1870. The rules here are based on the World Championship rules but we've also outlined the old traditional form of Crokinole. 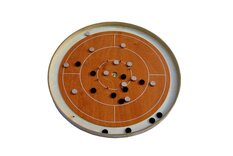 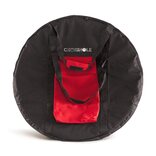 Bag for Round Crokinole Board

A Crokinole board's playing surface is circular with a central hole just slightly larger than a disk and 3 concentric rings. The outer section between the 2 outer rings is divided into 4 quarters while the innermost ring has 8 equally spaced little posts that are quite bouncy. The playing surface is located in the middle of a larger board giving a ditch around the outside for the disks to fall into. Traditionally, the outer rim of the ditch is Octagonal in shape but these days, round boards are more popular.

Going clockwise, players take turns to place a disk so that it touches the quarter of the outer circle line nearest to them and it is then flicked into the playing area.

A disk from either side that legally ends in the central hole scores 20 points and is immediately removed from the board and put to one side for the remainder of the round.

The Damage Rule: A disk that goes off the playing surface and returns back from the perimeter backboard or another disk is removed and does not score. But any disks that were moved by the re-entering disk remain where they finish and if a 20 is made in this way, it does count.

Traditional rules allow more opportunity for deliberate tactical disk hiding and also more chances to have a free shot at the central hole. Rules are exactly the same as above with the following changes:


These rules allow for some dastardly tactics. For instance, on their free shot, instead of aiming for the central hole, players may deliberately attempt to lodge their disk behind a post on their side of the board which can make it fiendishly difficult to move...

Bag for Round Crokinole Board 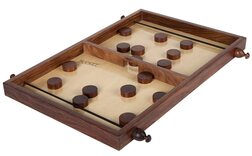 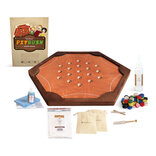 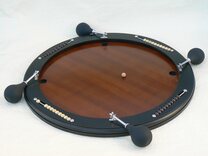 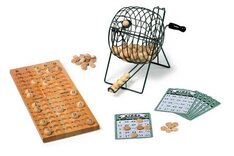 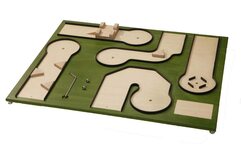 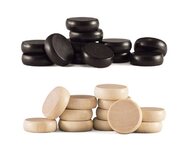 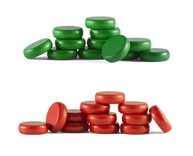 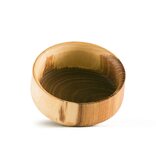 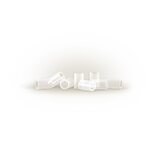 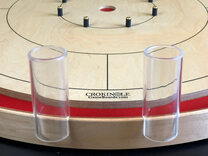 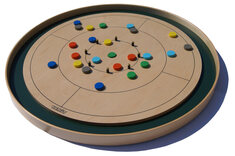 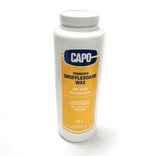 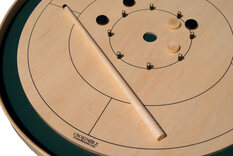 Top of page - The Rules of Crokinole