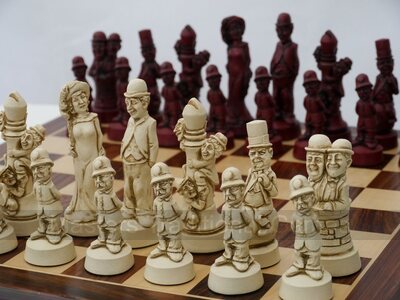 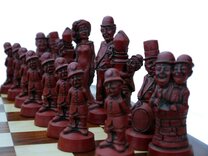 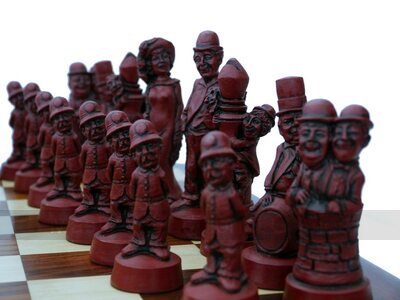 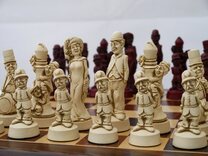 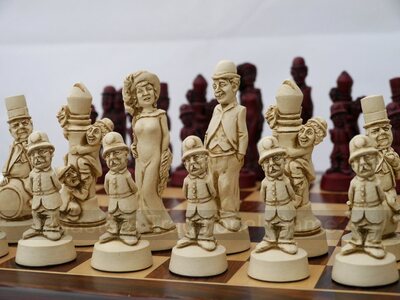 A classic movie star themed ornamental Chess set that celebrates the Golden Age of Hollywood - typically said to have begun in the late 1920’s, from the end of the silent film era, and continued through to the late 1950’s.

Expertly made from ground stone resin by renowned UK manufacturer Berkeley Chess, the pieces feature excellent levels of detail and show a real likeness to the actors and actresses they represent. 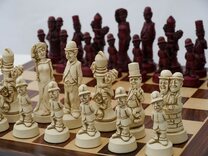 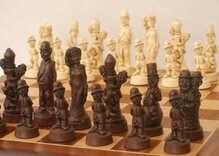 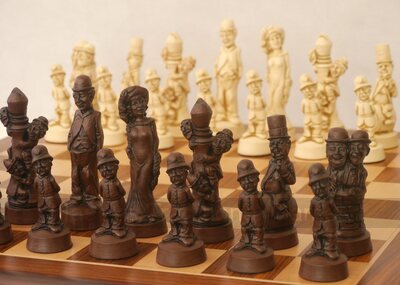 The creative craftsmen of Berkeley Chess have brought the Golden Age of Hollywood back to life with an imaginative and beautifully detailed chess set. Many of the most popular screen legends are included in the set with the full list of characters as follows:

The set is available in cream and red or cream and brown. All the Chess pieces have a good weight and feel about them and all feature felted bottoms.

Please note that a Chess board is not included with these pieces. We recommend a board with 55mm squares for use with this Chess set. 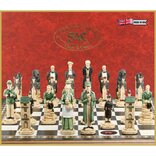 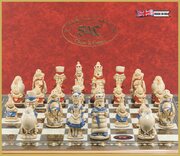 SAC Alice in Wonderland Chess Set, Hand-Painted (without board) 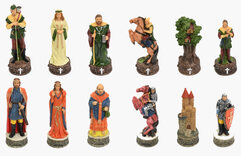 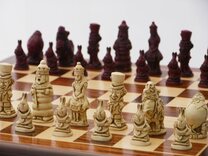 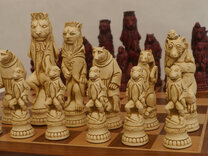 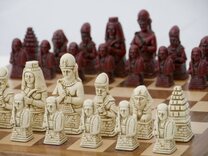 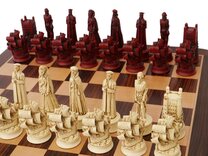