We specialise in all forms of skittles and especially the genuine Pub game. We have all styles of skittle pins and balls to suit the different skittle regions in England as well as some interesting skittle games from overseas and fantastic skittles sets for the home and garden.

Skittle Games from outside Britain 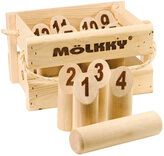 Several versions of this traditional Skittles game from Finland 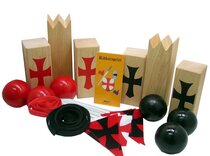 A game similar to Kubb but better for children


The Origin of Skittles

Skittles, or Nine Pins, as played in an alley has always been a popular pub game and is the ancestor of related games including ten-pin bowling and various indoor skittles variations. The origins of the game are uncertain but in Germany, in the 3rd or 4th century, monks played a game with a kegel which was a club carried for self defence. In the game, the kegel skittle represented a sin or temptation and the monks would throw stones at it until they knocked it over. The modern German term for skittles is Kegelen. There are also two 14th century manuscripts that show a game called Kayles and depict throwers about to launch a long club-like object at eight pins and a kingpin. The typical form of Skittles is wherein balls are thrown or rolled from one end of an alley in an effort to knock down nine pins at the other end. Over the years, Skittles developed regional variations in the size of equipment, the rules and so forth. In the East Midlands, people play Long Alley in which the projectiles are rough balls or small capsule shaped logs called "cheeses" and a score is only made if the cheeses bounce a single time just in front of the pins. Old English Skittles or London Skittles, as played at the famous Freemasons Arms in Hampstead, is a majestic game in which enormous discus-shaped cheeses are flung so that they hit the skittles directly without touching the floor first. From these old games, various miniaturised versions appeared which were more convenient for many pubs with limited space. These include Northamptonshire Skittles and the extremely popular Table Skittles or Devil Amongst The Tailors. The most popular version of skittles, however, is West Country Skittles wherein 9 skittles are arranged in a square at the end of an alley that might be 24 feet, sometimes much longer. Each turn starts with all the skittles standing and consists of three balls being rolled down the alley. If all the pins are knocked down, then they are reset. So the maximum score in one turn is 27. You can learn more about the History of Skittles from The Online Guide to Traditional Games. 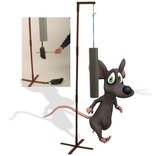 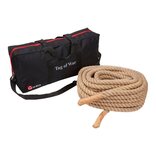 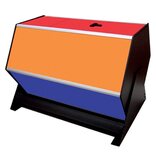 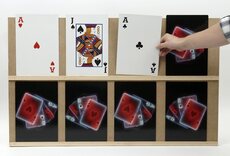 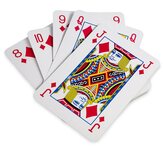 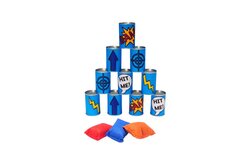 Tin Can Alley - Can Knockdown Game

Fantastic range of Garden Skittles games. A variety of Nine pin skittles plus traditional skittles games from other countries including Kubb & Molkky.

Fantistic fun skittle games for indoors and the home. Quality children's toy skittles games like ''knock the soldiers down'.

Molkky games to buy. Traditional number skittles game from Finland, now popular all over the world. Good range with next day delivery available.

Tournament of Knights is a great outdoor game, similar to Kubb. Fun for all ages and guaranteed to entertain. Excellent service and quick dispatch.

This Toptafel skittles game, also known as Table à Toupie. Spin the top to knock over the skittles. Hand-crafted in the US from tulip poplar wood.