COVID-19 5 April: Yes, most games are still being dispatched!

COVID-19 5 April: Yes, most games are still being dispatched! 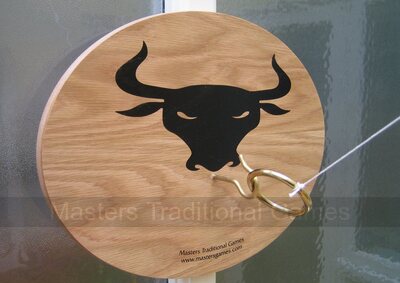 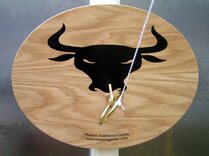 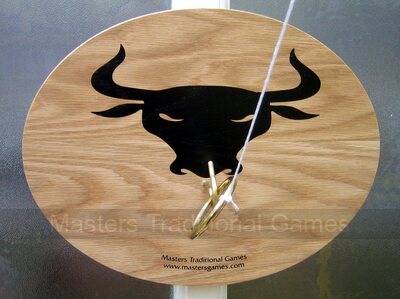 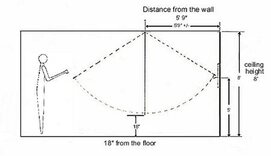 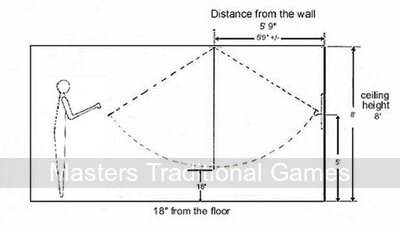 Masters Games is proud to bring you what we believe is the first and only commercially available version of Ringing the Bull ever produced.

Ringing the Bull, a traditional game which probably goes back to the middle ages, can still be found in the occasional pub right across England. A version of it is also played around the Caribbean where it is known as 'Bimini Ring'. Originally, the game was played with a real bull's head for a target - our version is slightly less realistic but is still a highly diverting pastime.

The idea couldn't be simpler - you swing a ring on a string across the room at a hook embedded in the wall. It's harder than it looks but practice makes perfect and the ring makes a decidedly satisfying 'clunk' when you manage to hit the target. Players take turns and the person with the most 'ringers' wins - or maybe the person with the least buys the drinks...

For pubs, it's a good talking point and locals can take the game quite seriously - you could organise the occasional competition. For people at home, it is a superb ice-breaker at parties and no-one can walk past without having a quick swing.

Our new improved version of the game looks great and is the solid, well-made product that you would expect from Masters Traditional Games.

IMPORTANT: The target wall needs around twelve feet of clear space in front of it; the ceiling needs to be around eight or nine feet high although a support could be hung from higher ceilings.

You will need to fix 2 screws to the wall and an eyelet into the ceiling.

Please check the diagram to see how the game should be set up.


You can learn more about the history of Ringing the Bull from the Online Guide to Traditional Games. 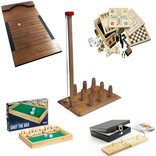 Top of page - Ringing the Bull