Also known as Indoor Skittles or Bar Skittles, this is one of the most popular indoor pub games. Just like full alley skittles, each player has three attempts to knock down the skittles but in this space-saving version, the ball is swung around a pole toppling the skittles upon its return. A game of great skill for serious pub competition or just good old fashioned fun for children and adults. Bar Skittles normally come in 2 sizes: 2 x 1 feet for familiy fun and domestic use and the 3 x 2 feet full-size game for pubs, clubs and those who want to take the game seriously.

High quality beech Table Skittles from the leading name in pub games. Bar skittles hand-made in England for pubs and competitions as well as casual use at home.

Smaller fun-sized table Skittles for home use and casual play


The Origin of Table Skittles

Skittles or Nine Pins as played on an alley is still one of the most popular pub games and is the ancestor of a number of games including ten-pin bowling. However, it does take up a lot of space and so it's no surprise that miniaturised versions of the pastime eventually started to appear. Just like alley skittles itself, different miniaturised versions of the game are particular to certain regions of Britain - Hood skittles is popular in and around Northamptonshire whereas Daddlums has only ever been found in Kent. But the most popular and well known table-top version of Skittles pictured above, was invented sometime in the 18th century. Known variously as Table Skittles, Bar Skittles and Pub Skittles it also goes by the name "Devil amongst the Tailors". The latter name came about in the year 1783 during which the Theatre Royal, Haymarket ran a play that, for some reason, offended the tailoring profession so much that a group of tailors and theatre-goers rioted at the theatre one day. This upset caused the Dragoons to be summoned to restore public order and, upon arrival, the Dragoons were reported to have ploughed through the rioting tailors like a wooden ball through table skittles. And the game has been known as "Devil amongst the Tailors" ever since. To prepare each nine miniature pins are positioned on a small platform within the square game board. In the corner of the board, stands a pole with a ball suspended by a chain from its top. The ball is swung around the pole in such a way that upon its return, it ploughs through nine skittles on a platform. Aside from the equipment and the location on a table top, the rules are pretty much the same as skittles with the maximum theoretical score in one turn being 27 points. As with several pub games, scoring is often performed on a cribbage board. Learn more about the History of Table Skittles from The Online Guide to Traditional Games. 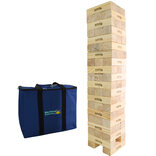 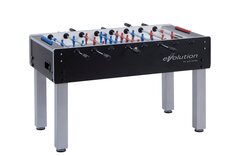 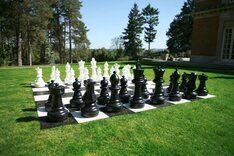 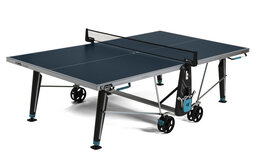 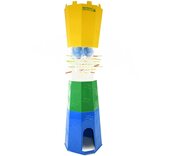 A well made wooden Mini Bar Skittles game ideal for home use. A smaller size set that plays well, is easy to set up and takes up limited space.