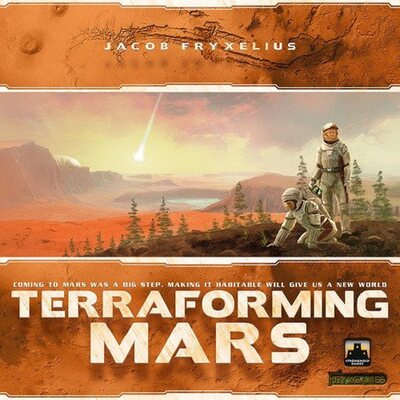 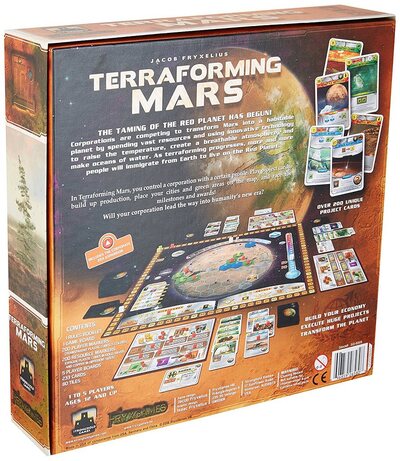 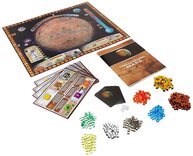 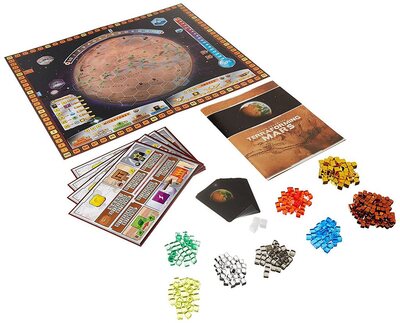 In Jacob Fryxelius' Terraforming Mars, the taming of the Red Planet has begun. Rival Corporations are competing to transform Mars into a habitable planet by spending vast resources and using innovative technology to raise the temperature, create a breathable atmosphere and make oceans of water.

In Terraforming Mars, each player controls a corporation and work together in the terraforming process. However, each will compete for victory points awarded for contributing to the terraforming, advancing human infrastructure throughout the solar system and doing other commendable actions. Play project cards, build up production, place your cities and green areas on the map and race for milestones and awards! Will your corporation lead the way into humanity's new era?

Terraforming Mars is a multi-award winning modern classic and ranked in the top 10 of Board Game Geeks' all-time list of the best board games. Recommended for ages 12+, up to 5 players can play at once and solo play is also possible. The game is moderately complex but thoroughly enjoyable with excellent re-play value. Recommended for more experienced board game players.