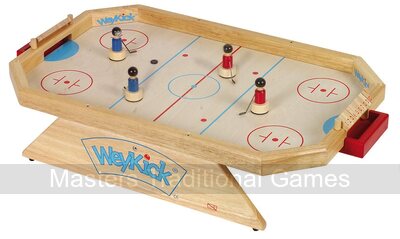 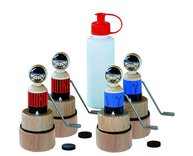 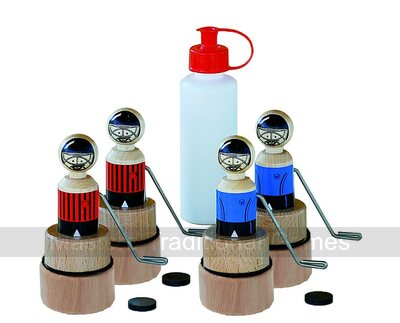 A dynamic and engrossing magnetised, tabletop Ice Hockey game for 2-4 players from German table games specialist, Weykick. A brilliantly fun variation of Air Hockey presented in a compact, robust and all-wooden package. Using powerful magnets under the playfield, players control their hockey players, moving them quickly and decisively to defend their half and attempt to score by striking the puck at their opponent's goal.

Benefiting from a superior and robust rubberwood construction, Weykick Ice Hockey is built-to-last and suitable for use both at home and in more public / commercial / intensive environments, such as schools, office break-rooms, pubs and anywhere in between.

This is the stadium edition suitable for 2 - 4 players and great fun for adults and children. Advanced / skilled players can quickly rotate their players to snap-shot the pucks with their figure's sticks.

This item is usually obtained to order - hence the longer lead time. Email us if you need more detail on availability. 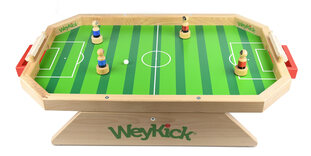 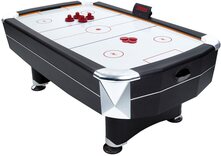 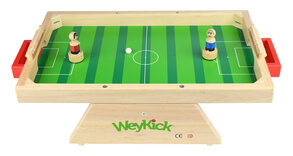 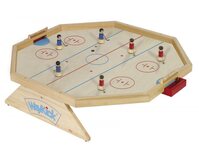 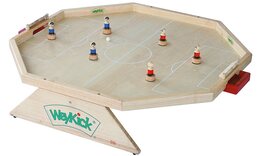 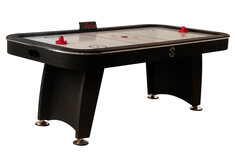 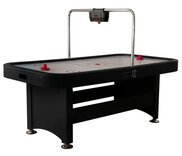