The Game of the Goose is a historical board game of some significance but is also good fun! Game of the Goose holds the accolade of being the first modern commercial board game. Invented in Italy as early as 1500, Game of the Goose (Gioco dell'Oca) was given by Francesco de Medici ( 1574-1587) as a present to King Phillip of Spain. It has been constantly in production ever since that time and so one could argue that it is also the most successful commercial board game ever. The game is a simple race game governed only by the throw of dice - the game pieces (often in the shape of Geese) move from the outside of the spiral towards the middle. The design has been copied, re-branded and varied hundreds of times over the centuries but a few aspects almost always remain the same:

Other squares commonly found on Goose boards include a pair of dice, a bridge, a maze, an tavern, a well, a prison and a goblet. The Game of Goose is also notable for the attractiveness of the boards - some designs over the centuries are astonishingly intricate or remarkably artistic. 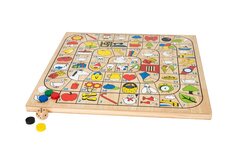 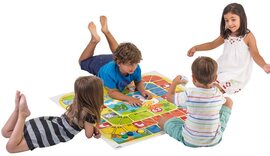 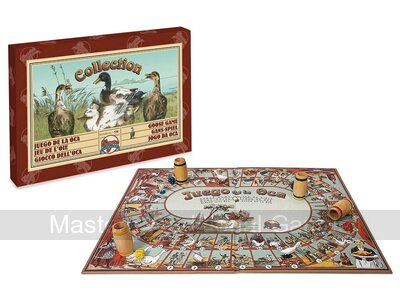 The Game of Goose is a simple race game governed by the roll of dice but it is still an enjoyable game for family play and especially younger children. This set in particular, with it's vintage design and lovely components, is a fine reproduction of the traditional favourite and a cut above similarly priced versions of the game.

A full set of rules are included that go into depth about each of the special squares on the board, such as the Goose square which triggers another roll of the dice and the Death square which forces the player who lands there to return to the beginning of the board. The inclusion of these action tiles and many others adds to the excitement of the game.

A cloth bag for storing the components is also included with the game. 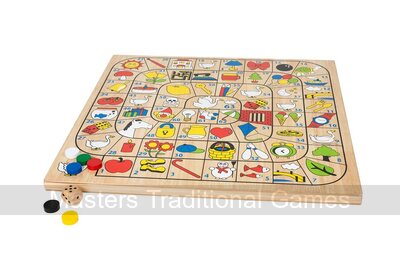 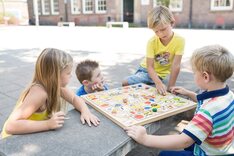 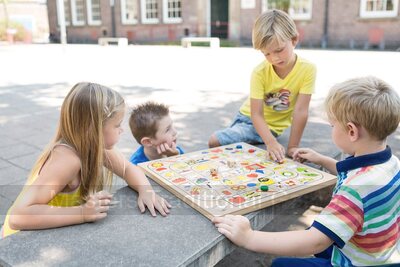 The aim of the game is simple; reach the finish before any one else. But watch out for the pitfalls along the way!

This extra large version of the classic board game is great fun for children and is for 2 to 6 players. Youngsters will love the large colourful board filled with cheerful pictures.

Can be enjoyed outside or indoors and includes dice and counters. 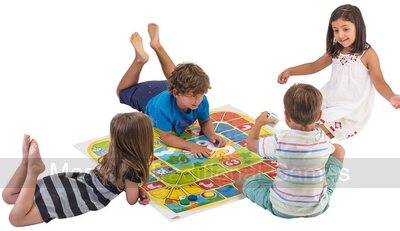 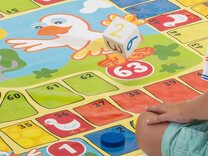 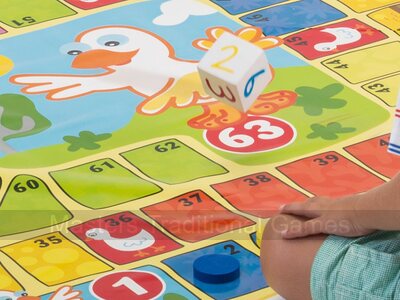 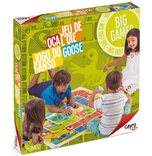 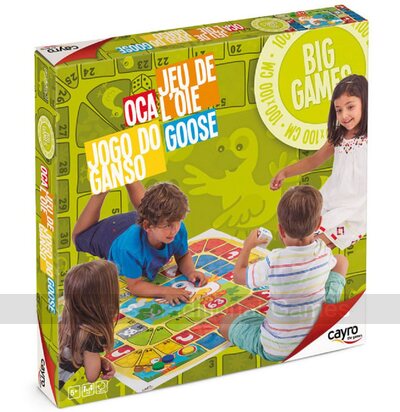 The large size plastic floor mat is washable and water resistant so the game can be enjoyed inside or outdoors. The large size and colourful nature of the game further enhances the appeal making it a great game for children and fun at home or school.

The Game of Goose is a simple race game for 2 - 4 players. This game is recommended for ages 5+ 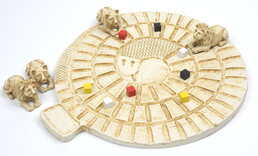 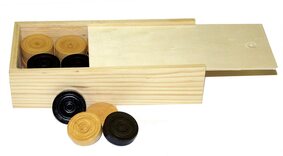 Top of page - Game of the Goose