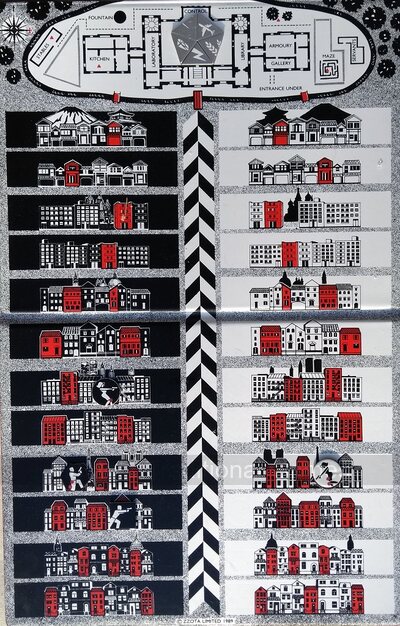 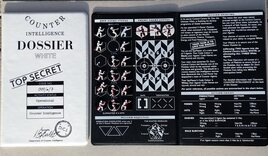 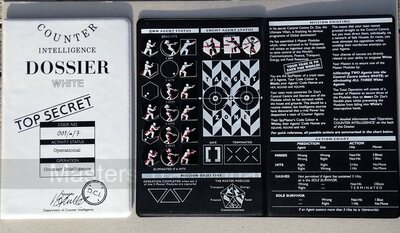 Counter Intelligence is an entertaining game of bluff and double-bluff. Designed by British games inventor, Jeremy Secker, it is a game for 2 players in which the aim is to manoeuvre your team of spies though a network of safe houses towards a control centre. En route, you try to eliminate enemy spies whilst avoiding their murderous attempts on your agents.

Each turn, you decide which way your spies will move and your enemy tries to out-guess you. If they guess right, your agent will be hit, if not they will move forward. Meanwhile, you must attempt to eliminate your opponent's agents in the same way. You win by destroying 3 enemy agents or by being the first to infiltrate two of your agents into the control centre. It's a straight-forward bluffing game that is great fun. Like poker, the underlying mechanism is luck but the art of winning the game is based in psychology and out-bluffing your opponent...

The design of the game adds additional interest with its retro, stylized artwork in red, black and white. Game consists of plastic covered playing board, 2 dossier boards for recording moves and a storage wallet.

The games were manufactured but were never properly put on the market and so have been languishing in a basement for many years. But the game is great fun with a unique design and we decided that it deserved to see the light of day.

Note: these games are old stock and the packaging may show signs of age. Nothing significant but the price has been adjusted accordingly. 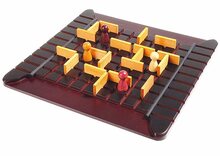 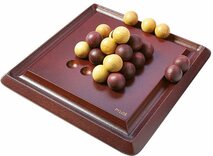 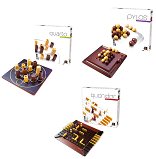 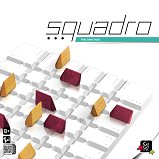 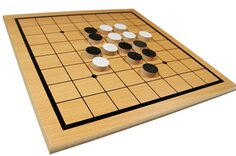 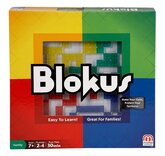 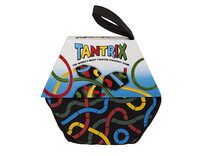