Can you recommend some games that a person can play by themselves?

Apart from Solitaire, there are some traditional games that are suitable for a single player - generally because one player is at the table at any one time and the objective is to gain the most points. Therefore, some reward can be gained by practising and trying aiming to improve one's "personal best" score.This list does not include games like Alley Skittles and Aunt Sally which would otherwise apply - because you need someone at the other end to keep resetting the equipment. 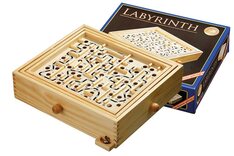 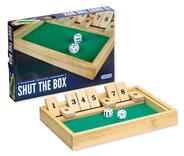 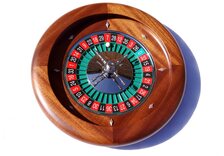 Most puzzles are solitary affairs, including Solitaire. 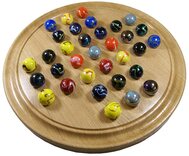 There is an also enormous category of card games called "Patience" all of which are for one player - and many of these are most enjoyable and/or engagingly frustrating. There is even a version of Cribbage for one player. There are some board games that are popular and complex enough that setting puzzles or challenges in that game for a person to try has become de rigeur. For example, Chess, Go, Bridge and Scrabble are all games for which puzzles can be found in books and in the national press on a daily basis and these are excellent ways to hone your skills. 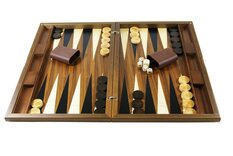 In general, the more the element of luck features, the more feasible it is to play like this. For instance, it's very possible to have a game of Snakes and Ladders in which you control all 4 players. The game is entirely luck-based and players don't make any decisions at all - but the academic exercise of moving pieces around the board until one wins soon becomes unsatisfactory. The same might be said of a game like Monopoly where limited choices are made but still the roll of the dice is the primary element in the game. Games in which an element of luck features but skill still plays a great part are probably the most rewarding to try. It's never as much fun but often it's a good way to improve your skills and learn at your own pace. Regrettably there are few games in this category but top of the list would be Backgammon.


Many (or even most) board games have versions where you can play against the computer or - on-line against other real people. Games for which this seems to work particularly well include:

Top of page - Games for 1 player